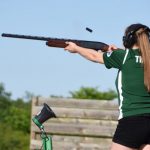 What you need to get started… Do not run and buy guns or equipment without first getting advice from several different people who can give you advise about your skeet shooting guns for beginners. In other words, visit a club and ask around about what are the best guns, to begin with, do they know
Read More

Starting with Jim Murphy writing something new every Friday and adding more shooter’s blogs to the mix as we go (we now have Hal Hare, too) should help the flow of information get around our big state a lot easier. It can also help let others know about what’s going on in your area of
Read More 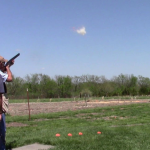